This band hit the scene in the late 1980′s when Black & Blue Records' Larry Evilelf met up with European talent brokers Euramerican Link in the persona of Phillipe Beau. Beau introduced Larry to Celia Hemken and her current band GG Goose. Larry pushed the act onto label head Peter Yarmouth. Hemken and her band from the Finsbury Park section of London won Peter over and Yarmouth suggested they change the band name. While it was accepted it caused a change in lineup. Finally in 1990 Black & Blue released its first album by an international act, Blue Nouveaux. In 1992 Celia came to the US to support the release with an all American band. Celia ended up settling in LA and in 2008 released 2 new Blue Nouveaux CD's. Temple and 10 Years After. While the debut album has a significantly different sound than the current outfit, Hemken’s distinctive approach remains as the driving force.

After recording her debut album in the UK Celia Hemken could not convince her band to tour so she left London’s Finsbury Park and headed to the USA. There she met producer Peter Yarmouth who introduced her to the tour band. After much support of “Darkness in Me” Celia began writing new material with her new songwriting partner guitarist Mario Tremaine.

From the light “When You Lie” to the heavy crunch of “Drown” or the chaotic vibes of “Visions Of The Desert” the cohesive variety of sound keeps you sucked in on all 18 tracks. The darkest track is “Train Track Children” with a new twist on children playing on the tracks. Celia and Mario harmonies on the title track remind me of Sky Cries Mary.

Blue Nouveaux also has released Temple which features remixes of songs on this CD.

Ten Years After is a contrast and change of pace. Music was changing in the 1990s. Bands were tougher and I wanted to experiment with the bigger, live sound of a real band. I advertised in the NME and Melody Maker, two very well known music magazines in England, for a guitarist. Someone who’s name I’ve now forgotten came down to London from Cambridge. He provided a raw, sonic backdrop of guitar distortion out of which I sculpted songs. My original music was a blend of English folk-inspired and ethereal grunge. Minx The Jinx’s American influence in the arrangements gave the music a more blues, and larger rhythmic feel while still maintaining the original idiosyncrasy".

Although I’d played out live with my earlier band out of university, this new sound was much bolder and the crack of the snare made my teeth rattle in rehearsal. In England I had already been experimenting with a new vocal sound from listening to a cult favourite at the time in Britain, “Le Mysteres Des Voix Bulgares”, a Bulgarian female choir that used a vocal technique of chest voice moved up into the head. This sound gave me a punch and power in dealing with a more aggressive rock sound which is maybe why the manager for Siouxsie And The Banshees was interested in us and  the song “Wolves”. This album still shows my interest in diversity of form with the accessible rock sound of “Wide Open Spaces”, to the acid dreaminess of “Temple”, to the sonic sound of “Ariel”, to the crazy psychotic masochism of “Train Track Children”. “All I Want” was inspired by my grandmother’s pictures of Jesus on her walls. When I stayed with her as a little girl I was entranced  by his beauty  in the 1920-70s graphics. Well, you couldn’t ask for a better first boyfriend that the great avatar himself, could you? – Celia Hemken

Before I signed with Black and Blue records I had played classical flute with the Richard Hickox orchestra, recorded a John Peel session for UK Radio One and co-founded a theatre company. I’d busked (American transl: playing street music) round Europe playing flute as a Harlequin and had followed a Polish Circus with an Anglo/American punk-folk band. Back in England I appeared on Tyne Tees Television and at the London Hippodrome with a duo. I had made a music video based on the Twenties silent movie actress Louise Brooks and was a guerilla filmmaker with my first short, Dog Leap, throwing dummies off the 84 feet Newcastle Bridge. I’d done all this, but I hadn’t yet achieved a main ambition – to go to America.

Recording my second album in the States was something out of this world. Up to that point, I had only experienced America through its popular culture in England, its movies, telly programmes and music. When I touched down on American soil for the first time, the owner of the record company, Peter Yarmouth was there waiting for me at the airport in a Blue Nouveaux baseball cap and jacket emblazoned with my photo. This photo had been taken by my French manager, Philippe Beau who had seen my surreal music-theater performance “Psychotic Cocktail Songs” in London. I’d told him of my ambition to be signed by an American record company. I was living at the time in a Finsbury Park squat in London where I wrote and recorded the first album, “Darkness In Me” for Black And Blue Records.

Now here I was stepping off a plane ready to record a second album and meet my new American bandmates. Peter Yarmouth and I drove to Providence, RI, passing names like Reading which I recognised as an English town but also names like Touskounkanet, which I did not recognise. At first  we rehearsed in a chainsaw workshop owned by Tom D’Agostino, my new american guitarist and that’s where we played with Jimmy Vee, the bass player and a young drummer called Boo. I had met Minx the Jinx aka Mario Tremaine through the record company and he became integral to the sound of the second album, “Ten Years After” with his lead guitar and arrangements.

On the East Coast, we played with Nine Inch Nails on a dry campus which we don’t have in England. We managed to find alcohol anyway and that show, we swore so much Sex-Pistols-style that Peter Yarmouth, although enthusiastic about our commitment suggested we tone it down.

After recording the second album me and the band went back to London where we we played on the same bill as an up-and-coming band -  Radiohead. We met with the Siouxie And The Banshees manager and after a year of intensive playing, returned to the States to Los Angeles. We now had a new lineup of a Swedish drummer and bass player fresh from touring Japan.

The second album mostly recorded in Providence meanwhile had been put on ice. Producer Larry Evilelf had passed away in 2001 and the music was in limbo, I emailed Peter Yarmouth thanking him for being such a large part of my introduction to America and as a result Los Angeles, where I now live, and he replied suggesting we should put the album out. So we collaborated, added some new stuff and put it out. So that’s what we’ve done.

In the artists words... Granville Road, the squat where I lived, was like a dilapidated ‘Munster’s house’. I loved it. It was so atmospheric and eerie, it had a great impact on my song writing. I was also influenced by a lot of British pop. I thought of pop as an art form. I was more influenced by individual songs, say by Laurie Anderson’s “Superman”, Kate Bush’s “Wuthering Heights”, Sex Pistol’s “Anarchy In The U.K.”, Simple Mind’s “Don’t You” for example, than any one musician’s body of work. I had written songs with bands and a few songs on my own, but this was a great challenge to write all the songs for an album. I was given carte blanche to do what I wanted. “Darkness In Me”, this electronica album represents my quirkiness. I’m very grateful to Thomas Lane for helping me with some of the arrangements. Mr. Lane was a master of economy on the keyboards on songs like “Lullaby Of Treachery”.  He wrote and played “Spider Girl” which is why I think that song sounds so different from all the others.  I wrote all the lyrics on the album and had the chance with this project, to experiment with many different forms like “Glass Heat” and “Obscurity”. Simon Firnsby from the famous British band, “House Of Love” played on “Glass Heat” and the title song “Darkness In Me”. He dragged his guitar over hill and over dale to play at the various recording studios I had chosen and later he explained that he had hoped for some recompense in the form of dark, satanic rituals I might dispense. So, he was not only from the House Of Love but also Pain. Andrew Philips, the other guitarist on the album, came through a contact of mine. We did two takes of each track in my small Granville Road studio and it was perfect. I was queen of the one/two takes. I was very influenced by a punk sensibility – that was how you kept it fresh, I thought. Viva The Clash! – Celia Hemken

After years in the making this new album re-sets expectations for alternative rock. A fusion between rock and art. Tracks include: All I Want, Fluff, Ether, Ariel, You Owe Me Money, Temple, When You Lie, Wolves and lots more.

I could write a book but, let me point out that this album was over 10 years in the making. The initial producer of the album Larry Evilelf passed away in 2001 and the recordings stayed in storage. Then almost 10 years from the date we started the project Celia and I caught up and decided to get it out to the public. So sit back, relax, and enjoy the outstanding, unconventional, and eclectic music packaged on this CD. 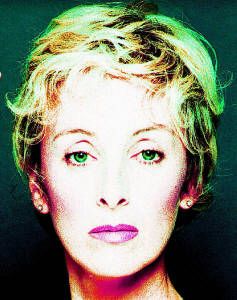 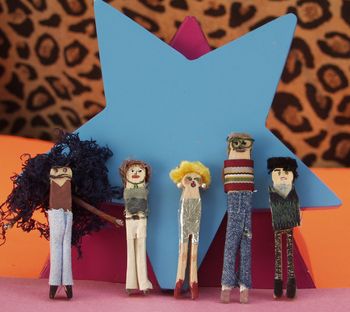 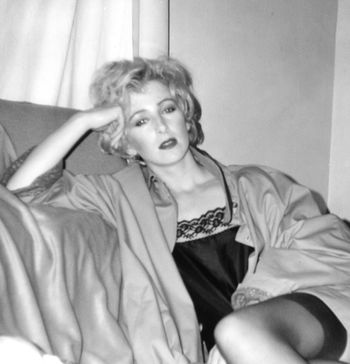 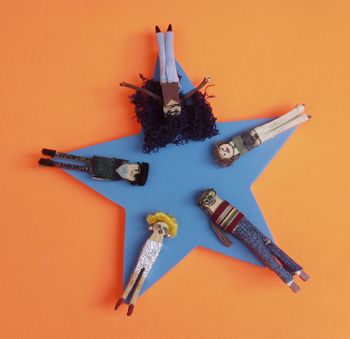 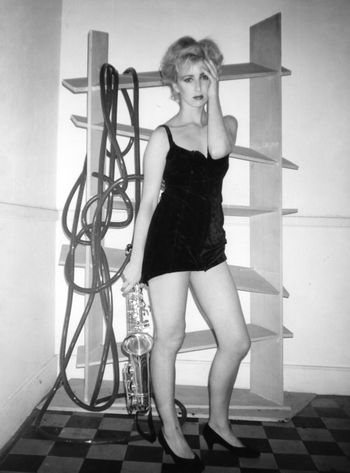 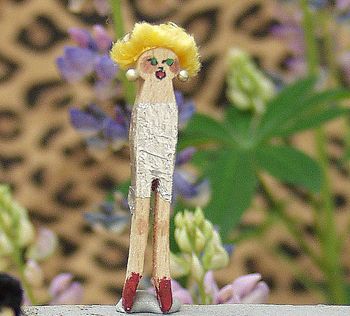 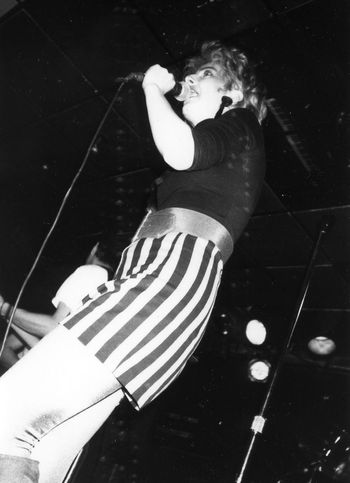 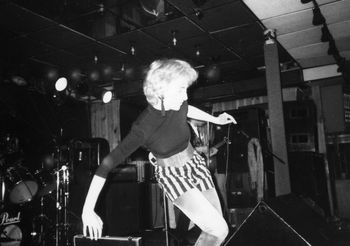 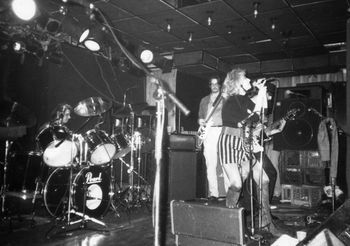 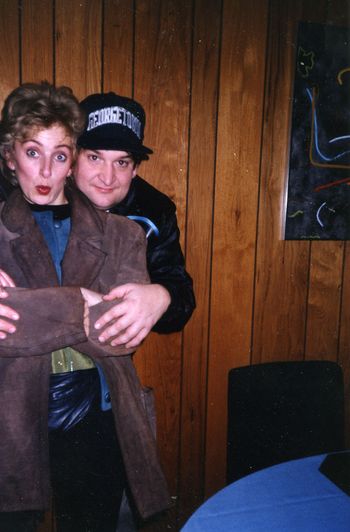 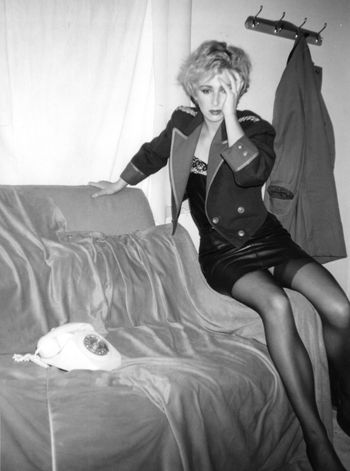 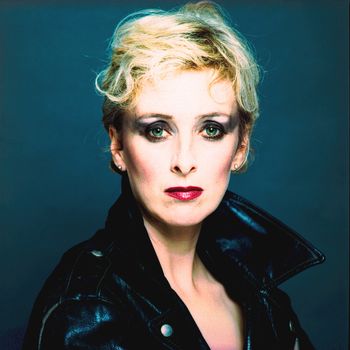