Northwinds was a band from New Jersey... and one that helped pioneer what today is called Black Metal. Many compare them to Candlemass and King Diamond but the truth is they have a sound that is unique to them. A love of B horror movies brought them together and you could say it had a profound impact on the lyrical content of the songwriting.
Drummer John Radcliffe formerly of the punk rock band Public Disturbance decided to start a metal band and he along with guitarist Dave Stein, Bass player Terrence Brown and vocalist Eric Kirkpatrick coined the term Gothic New Age Speed Metal to describe the sound that became NORTHWINDS.
Touring the USA opening for Metal headliners in a camper van got the attention of legendary producer Larry Evilelf. In fact Northwinds was the 1st band Larry produced for Black & Blue. Shortly after the signing and before the release of their album Eric was replaced by Steve “the Rattler” Statlin. The original recordings with Eric were redone by Steven and SLEEP WITH EVIL was ready!

The band encountered controversy when they decided to use a drawing of Baphomet as the album cover. The name Baphomet traces back to the end of the Crusades references as a term for a pagan idol in trial transcripts of the Inquisition of Knights Templar in the early 1300s. From the 19th century to today the name Baphomet then became associated with a “Sabbatic Goat” image drawn by Eliphas Levi. The drawing on the album cover closely resembles that drawing. Many confused it as a Satanic image or the devil when its true origins are with the occult which many associate with Satan. The Baphomet image was used in the 19th century to suggest the demon was worshiped by Freemasons. As you might guess all this history can lead people to a lot of conclusions and it did. Northwinds did nothing to contradict any association based on the history or legends, in fact if anything they loved the attention it got them. The album is loaded with lots of occult references.
Dancing in the Morgue was featured on the first Black & Blue Compilation MUSIC TO MAKE YOUR EARS HURT and is just one of the ballsy tunes you’ll hear on “Sleep with Evil”. But there is a lot more to capture your curiosity “Confusion”, “Lostology”, “Abraham” and the live favorite “Generic Mosh Song in E, Poser Boys Die”!
Steve (The Rattler) Statlin provides the storytelling vocals,
David Stein gives you some keyboards, backing vocals and of course the commanding lead guitar.

Terrence Brown the rock steady bass and John Radcliffe pounds drums to form the authority of the bottom sound. Together they created what is now referred to as a “Classic” Metal album.
Since the band split in 1994 not much is known about any of the band playing music today except for Dave Stein who has since played for Strychnine and Beyond Deranged and he is currently the keyboardist for Infernaeon who are on Prosthetic Records. Dave is now with his band Infernaeon as keyboardist. The bands most recent release “Genesis to Nemesis” which was produced and recorded by James Murphy (Testament/Death/Obituary) and Dave Brockie (GWAR) did guest vocals on one of the songs.Word is they are recording now for a new album.
Experience One of the Pioneers of Today’s Vibrant Black Metal Scene Yourself! NORTHWINDS! 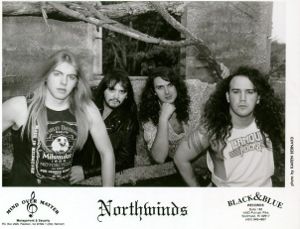 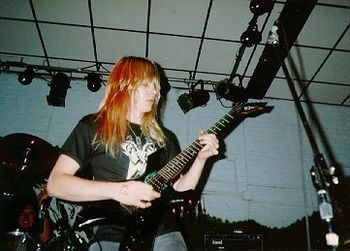 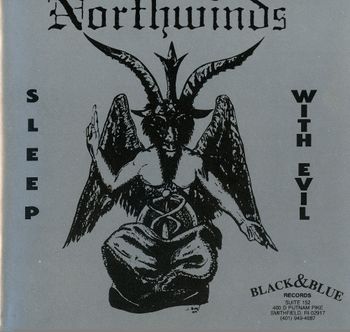