Starting out as The Skabs then they became Bloody Mess & The Skabs garnering Punk Rock fame without fortune completed by an unspectacular ending on tour in New York. They hit the scene by releasing a 7" record on now defunct Mephisto Records .    Bloody with and without Gabby appeared on Donahue, Rolanda, and a UK show Passengers" to name a few.
Bloody Mess joined GG Allin on his infamous "Hated In The Nation" tour as spoken word act.
They released their first album 6th Grade Field Trip and it was the start of a legendary punk rock journey or field trip of its own.
Then came the 7" EP Empty. Empty is probably the most famous or at the very least many fans favorite Skabs song.  Empty was also captured on the second album Hung Over and Stoned and the title track being a bit country got the boys a good deal of non punk rock airplay. Everybody loves a country drinking song.  Finally 7" EP Dog Biscuit For Sick Puppies that ironically was released after the band broke up.
Legendary shows all over the midwest at whatever was going as a punk rock bill. The cast was always in flux except Gabby & Bloody. Both became the faces of the band. When it ended The Skabs vanished.
After the split, Bloody played with cover bands till he founded Bloody & The Vaynes. Meanwhile founding member and drummer Gabby Skab went thru years of semi retirement doing GB and blues gigs until 2006.

At that time Gabby revived the Skabs in an accidental overflowing toilet bowl. Dredging up from the scum of the sewer walls the turd swirler and new Skabs frontman Bathroon Johnny.

This vileness degenerated Gabby back into his Skab roots. The Skabs were reborn. Johnny or BJ as some call him, delivers on the vocal abuse.
On bass, Gabby connected with Johnny O. O was left for dead after a try out with the Ramones and only given a pair of Dee Dee Ramones’ leather pants as a parting gift.

Johnny also did a stint with Bloody & the Transfusions before joining The Skabs. Get ready for Johnny O's trademark thundering bass riffs!
Finally Gabby connected with former Skabs member Slappy Skab.Slappy, the self ordained witchdoctor a.k.a. the voodoo guru of the Skabs.

Slappy started playing in the Bloody Mess & The Skabs at the age of 15 lying to his mother telling her he was off to practice at the tabernacle.
This group of Skabs are on a mission to turn the punk rock world in a new direction!!

THE SKABS RELEASES:  (click HERE to visit our store) 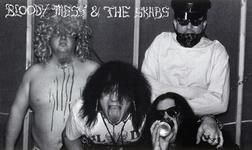 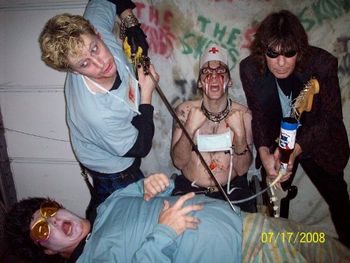 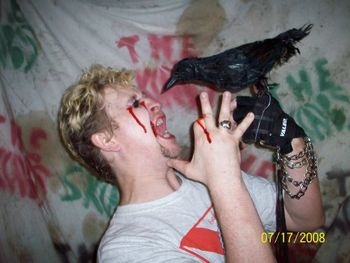 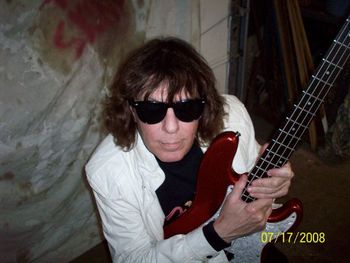